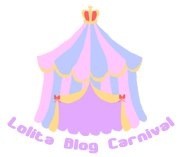 Lolita Blog Carnival is a group of online lolitas who get together and decide on a different topic to blog about each week. Then on Fridays we each post on our separate blogs and link to everyone else's posts about the same topic. I think it's neat because you get to know the different points of view and ideas of everyone in the group. So if you're a lolita with a blog, and you would like to get more ideas on what to write about, go join Lolita Blog Carnival on Facebook!

This week's challenge was about a theme that I like to explore every now and then, but rarely have the courage to wear. I've seen it been called "nerdy lolita", and what it is is lolita coordinates based on or inspired by different characters from TV shows, movies, or literature. I find this style difficult to wear on a daily basis because it might be crossing over to the cosplay side of lolita, but I think it is very acceptable for conventions or maybe themed meetups. There are many themes that you can incorporate into "nerdy lolita", but this week's focus was on anime.

I thought this would be an easy challenge for me since I have played around with putting together a lot of "nerdy lolita" coordinates before. Unfortunately, most of the coordinates I put together in the past were based on non-anime characters such as My Little Pony and Disney movies, so I had to come up with some new ones and finding characters for inspiration was a bit hard.

In the end I came up with 4 coordinates. I would've liked to have more, but my time ran out. lol

The first 2 are from Sailor Moon. With the new Sailor Moon anime coming out, it seems that the series is getting very popular lately. Also, I've always loved dresses with sailor collars, so I found these coordinates very appealing. 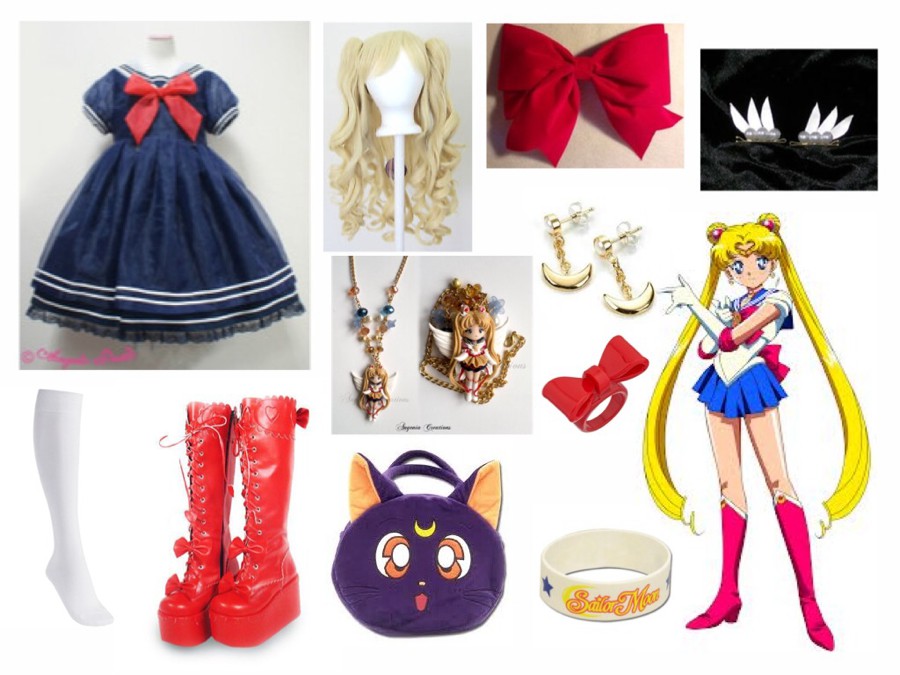 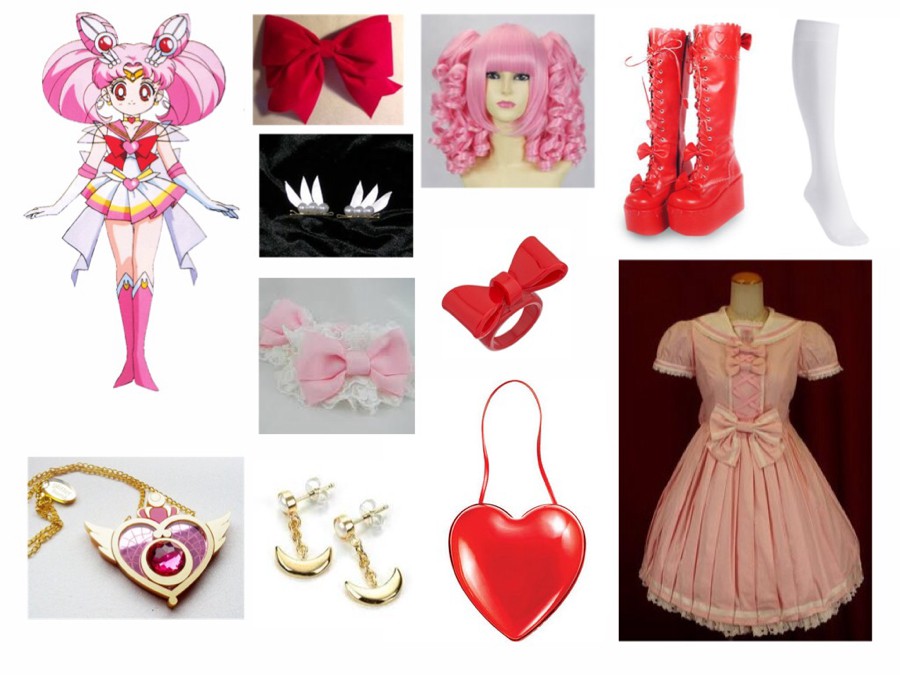 I thought of just focusing on the magical girls animes and make coordinates based on Puella Magi Madoka Magica and Cardcaptors Sakura, but I've seen those being done a lot lately and I wanted to be maybe a little bit more original with the rest of the coordinates, so I scrapped that idea. Maybe I will try them out some other time when I'm not so time limited.

So for the third coordinate, I wanted to incorporate the anime Pokemon because, although I'm not a huge fan of this show now that I'm older, it was one of my favorites when I was a kid. It is special and nostalgic to me. At first I thought of going the easy route with a Pikachu-themed coordinate, but then that seemed a bit too cosplay, so I decided to focus on Misty instead and added a few Pikachu touches here and there. 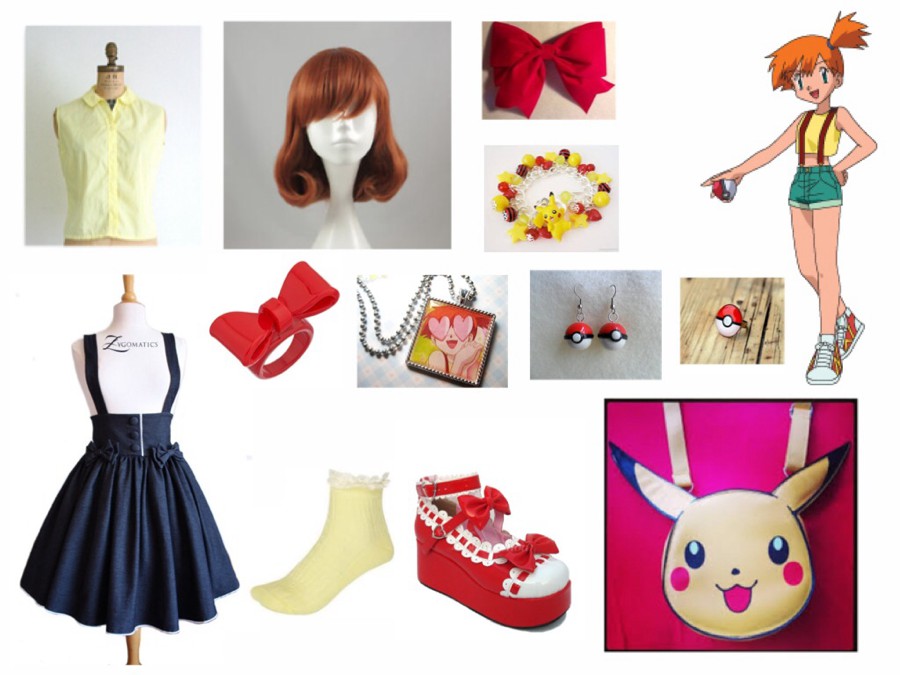 I have to say I loved the way this coordinate came out. It's very casual, but I could see it working for a hot summer day. The Salopette is off brand. I haven't seen any denim brand pieces around. I think I'd like to make a salopette like that for myself sometime. I've seen cotton fabric that resembles denim many times before that could work to give the look of a denim material, but would be light weight and comfortable at the same time. It would be a very versatile casual lolita piece.

And finally, I don't know if this is considered an anime or not since it is not Japanese, but I thought it fit the theme.

It's a winter coordinate inspired by The Legend of Korra! 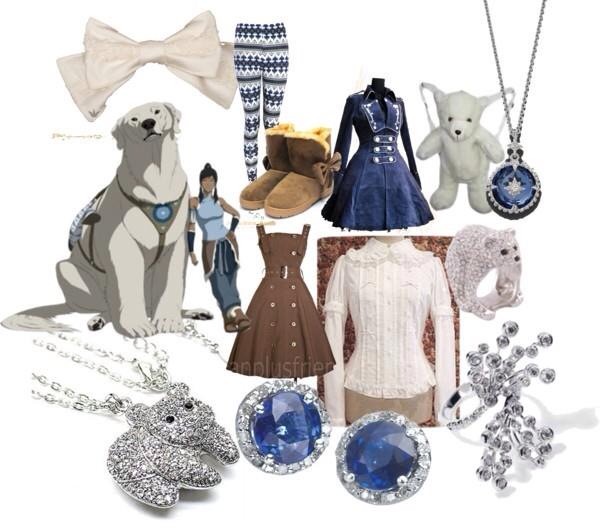 I actually made this one sometime last year during winter, but I was out of ideas and I felt like it fit the challenge. :p

I'm curious to see more coordinates inspired by anime characters. See what others came up with!